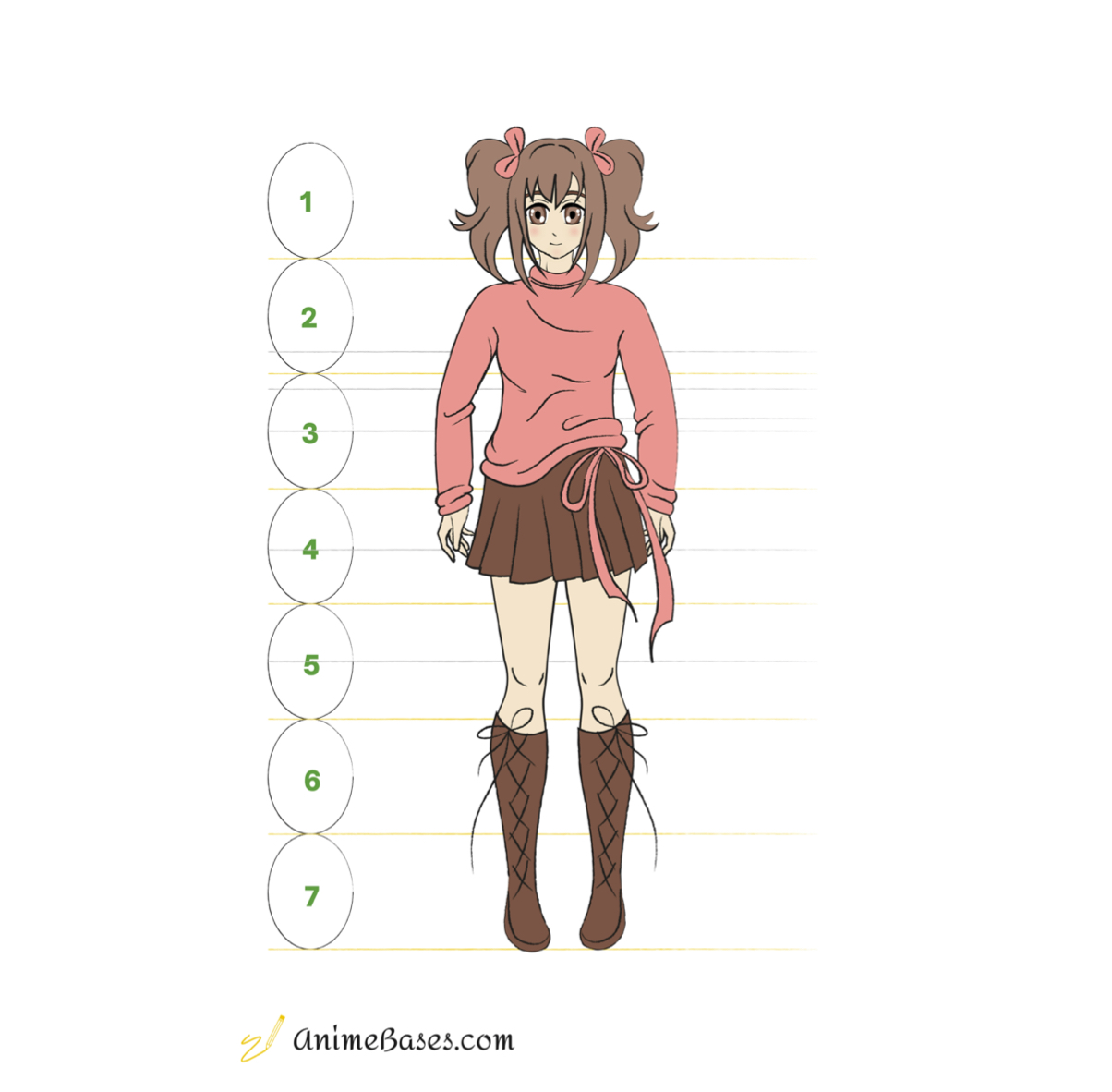 In this article, you will learn how to draw anime body. Anime is a style of Japanese animation and it has been gaining popularity in the Western world lately. It's known for its big eyes, long hair, and exaggerated facial features. You don't need any fancy equipment to draw an anime character- just some paper and a pencil! Let's get started!

Proportions of an anime body

When drawing an anime body, we use circles (or heads) to define the proportions.

Features of Female Characters in Anime and Manga

Drawing an anime body depends on whether you are drawing a girl or a boy.  Girls are typically shorter, and have smaller frames. That is why we use 1:7 proportions vs 1:8 for males.

The body shape of a girl is also typically more curvy. Their shoulders are also more slender.

Girls tend to have smaller joints as well. For example, their wrists are much thinner when compared with those of boys'.

Anime Girl arms are different from a boys in that they are more slender.

‍Here is a step by step guide on how to draw the right body for anime girl characters.

Then draw lines underneath each circle

Draw a circle next to the top circle.

Draw two lines next to head which are 1/2 of the size of the head.

Draw a line 1/3 of the second circle. Draw two dots for the nipples. Once you have drawn the nipples, you can draw the breast or pecs as big or small as you like.

This is usually around the bottom of the 3rd circle

Create some outwards lines from the breast area downwards with a curve back inwards.

The curvier you want the character, the larger the hips.

This is usually 1/2 way in the 3rd circle. Draw a small circle to represent the belly button

Draw from the shoulder to the rib cage line. The arms should go outwards to the elbow.

Draw a triangle down from the 3rd circle to 1/2 way of the 4th circle.You can use small circles for hands

You have now drawn an girl anime body 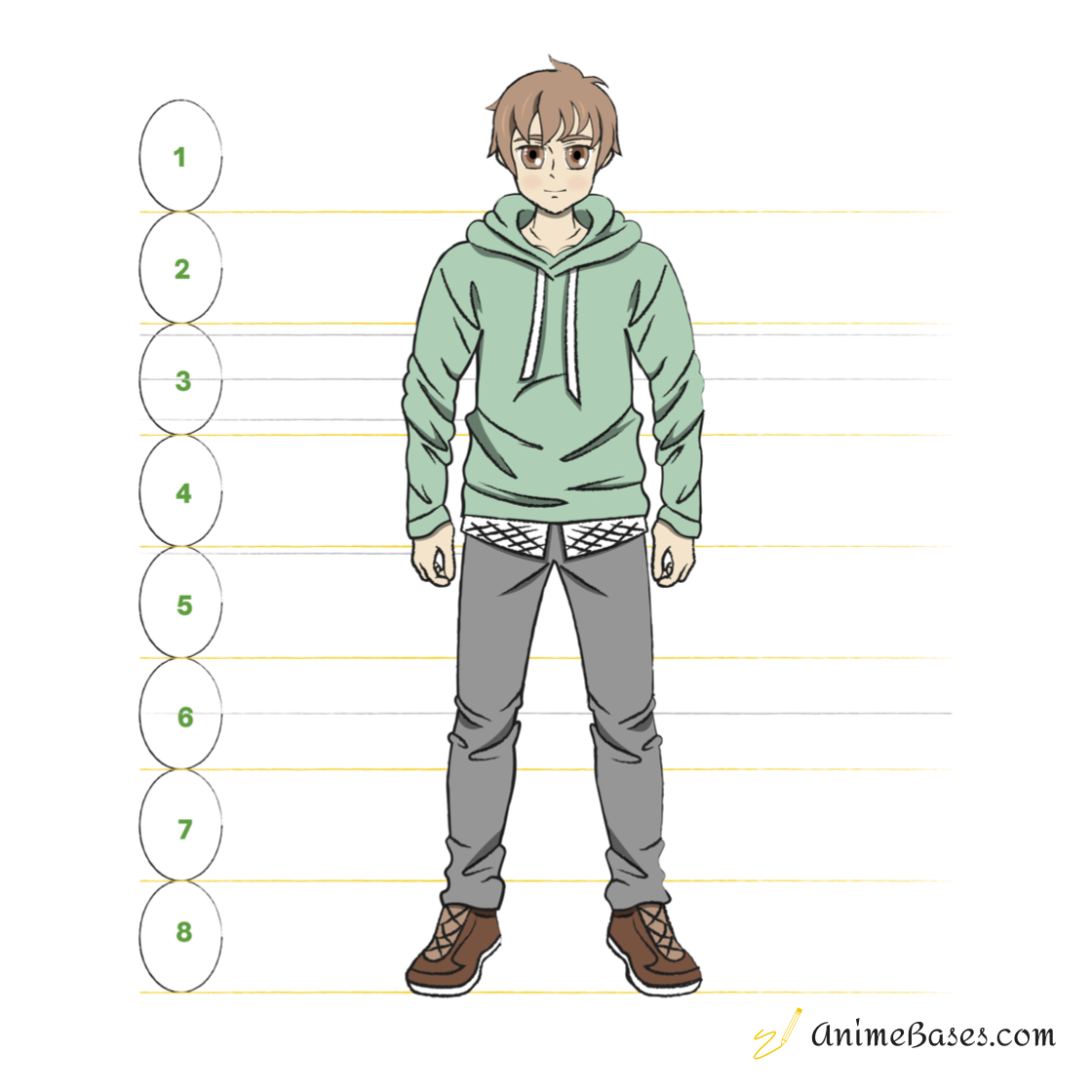 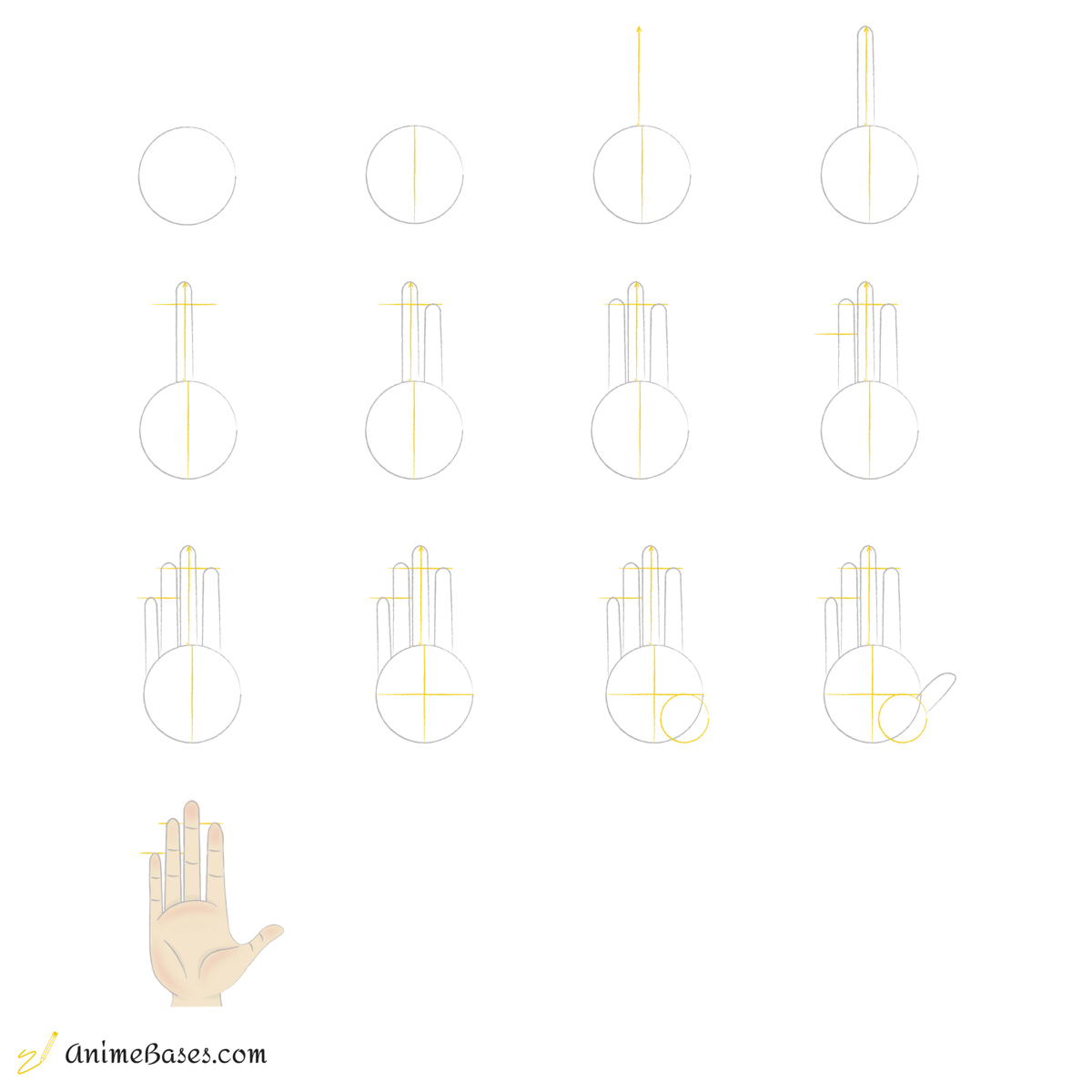 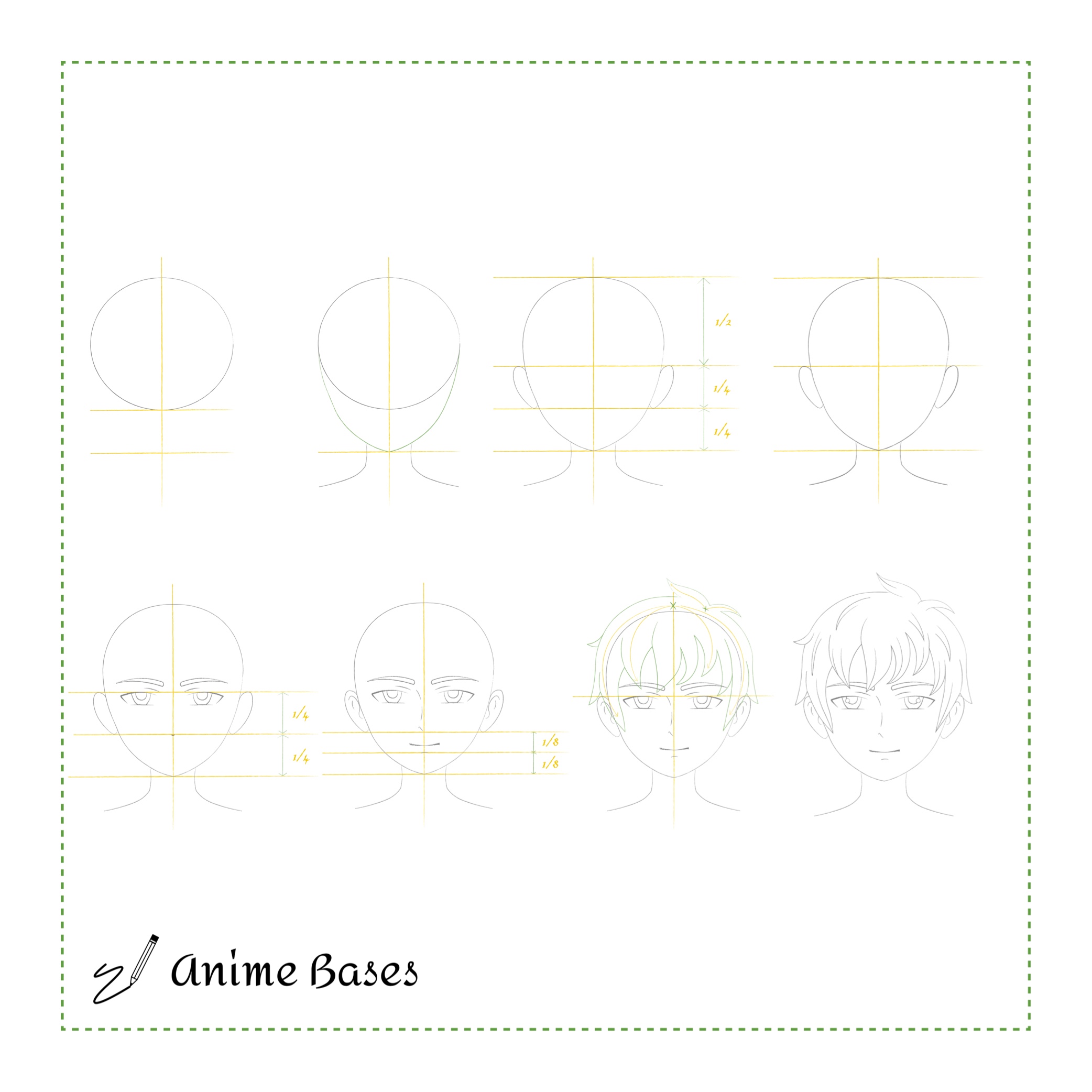